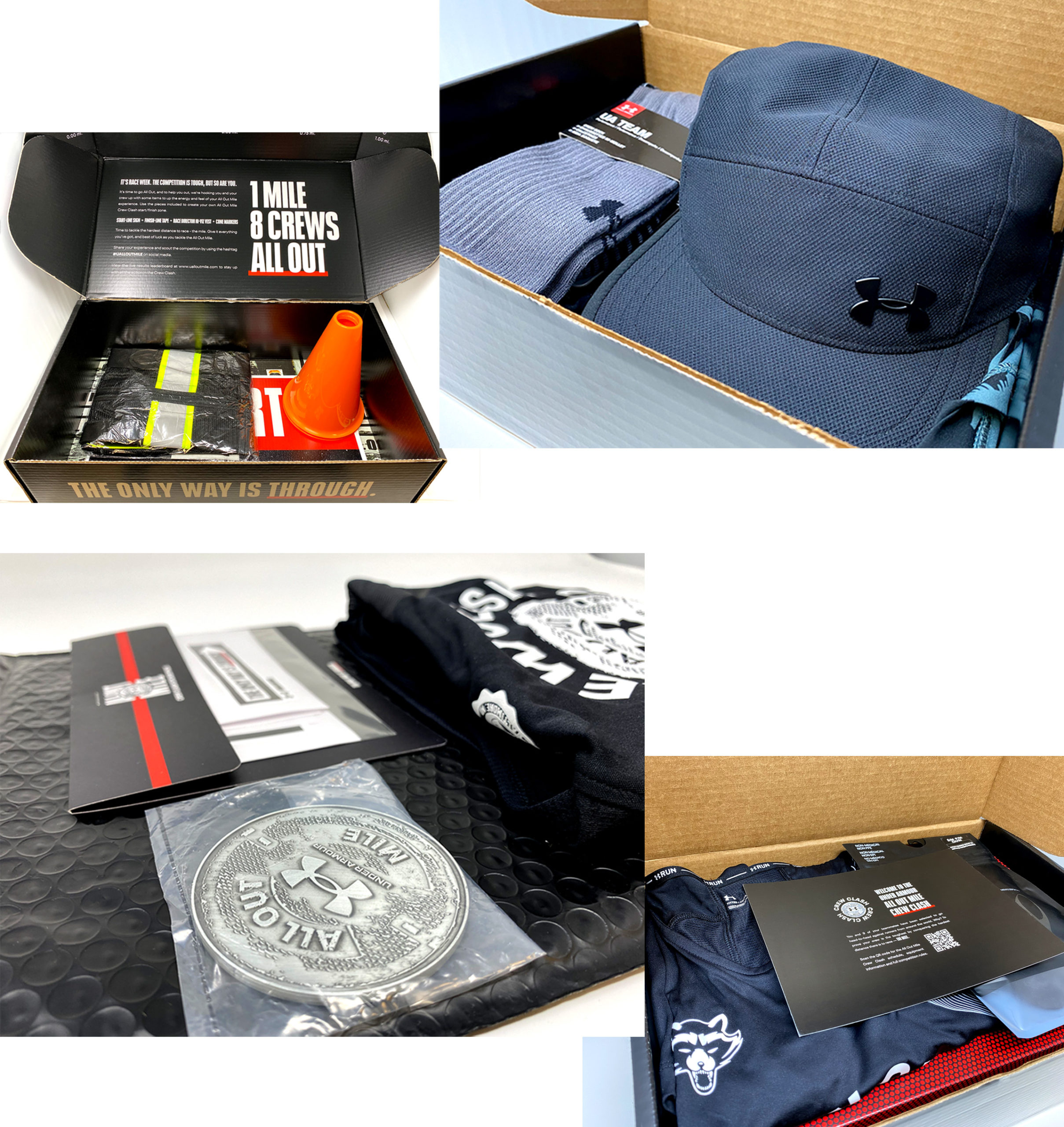 Under Armour hosted a new running event called The All Out Mile which consisted of 8 teams of 10 runners per team. Under Armour wanted to send individual personalized race kits to their runners as well as a Team kit to each team leader. Each runner received a pre-race kit which included footwear, t-shirt, UA Sportmask and an event info card as well as branded marketing materials. The week of the race each runner also received a second kit that included a pair of running shorts, an All Out Mile branded tank top, socks, hat, pack of hustle wipes and a personalized running bib. The team leaders also received a kit that included the necessary items for the race – start signs, reflective safety vest, finishers tape and cones. After the race UA wanted to celebrate the runners by sending them a final kit that included a custom tank top with their team logo, a challenger’s coin, a personalized runner’s card and a sticker pack. Tray was able to support UA by creating custom boxes and inserts as well as kitting the various items and shipping out to the runners. The event was a great success and Tray was there to help make it happen under tight deadlines!

Fort Investment sends care packages to employees in both DC and NY offices produced by Tray Inc. With our vast fulfillment capabilities, Tray is working to send the care packages once per month until end of the year, customizing each package to complement the specific theme. Currently, Tray’s fulfillment department is shipping notecards to the vendor and then drop shipping to each employee at Fort Investment. 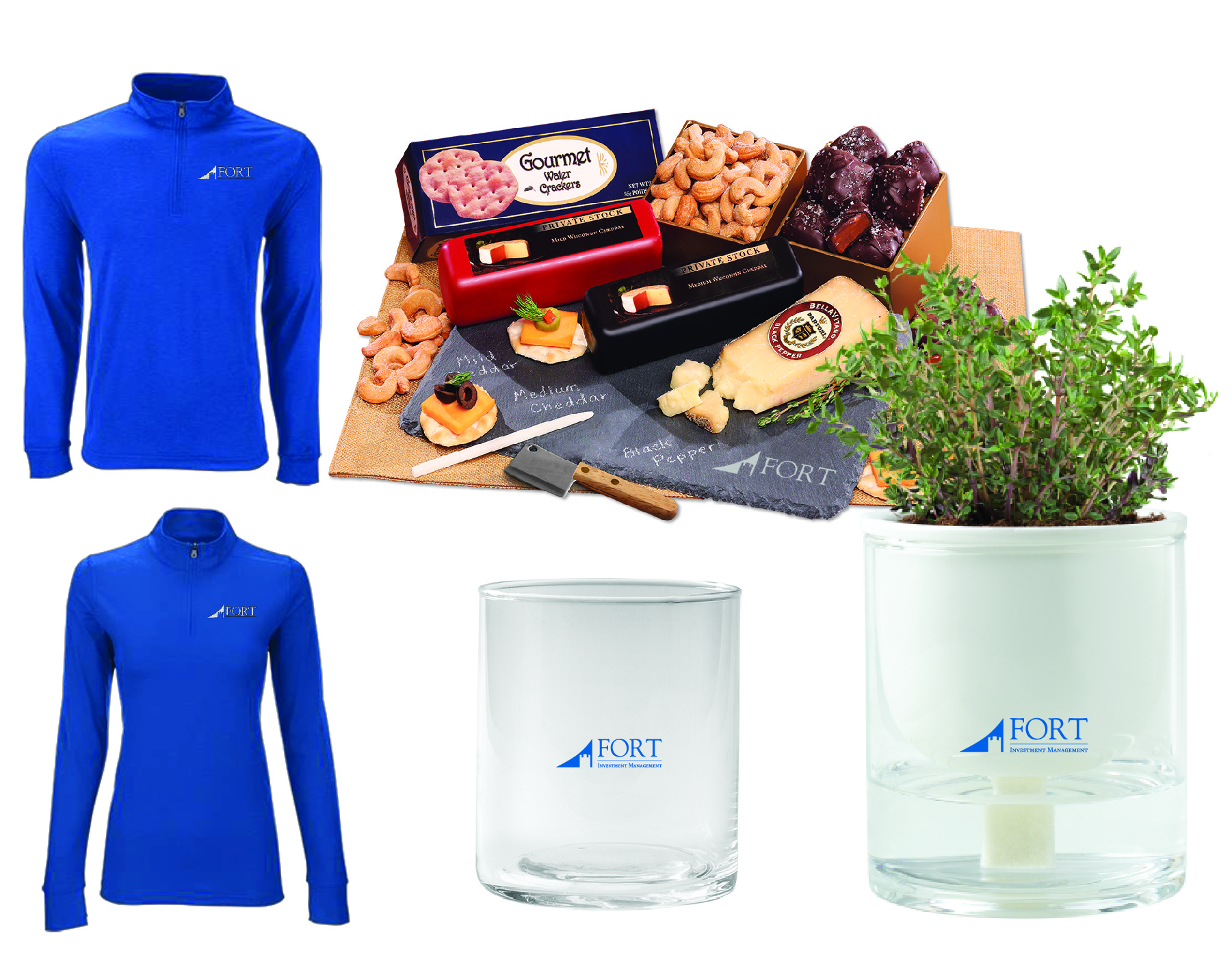